Grab some popcorn or a bar of chocolate and relax before beginning Act Two.

Consider that Jules Verne’s classic novel is as much about the sea, about marine biology, as it is an adventure tale. In almost every chapter, he describes the rich and vast resources of the ocean environment, a task not so easy to come by without the benefit of modern deep-ocean technology. It was an achievement for which Rachel Carson, the great American marine biologist and environmentalist would have been proud.

Rachel Carson’s popular book The Sea Around Us, published in 1950, is still considered today to be the most thorough, yet accessible book on the subject of the sea. After the surprisingly popular response to the book, Carson was often often asked to speak in public about the wonders of the ocean. She was even invited to write liner notes for Arturo Toscanini’s  NBC Symphony recording of Claude Debussy’s orchestral masterpiece La Mer (The Sea). She was also invited to give a speech to members of the National Symphony Orchestra in Washington DC. It is the kind of writing we could use a bit more of from our music institutions.

Below is a link to an excerpt from Rachel Carson’s RCA Victor liner notes for La Mer.

For those of you more technically minded, you might want to read a description of the first underwater camera technology that was used to film the movie on which this video opera is based. The movie caused a sensation and is considered one of the first Hollywood films to use ‘special effects’. Here is a bit of background:

A Short History of Underwater Photography

If you’re conscientious about restricting your salt (popcorn) or sugar (chocolate bar), several raw shrimp or oysters might be a nice accompaniment to the reading. 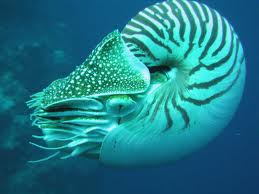 John Holland does not receive funding from any source to operate this video opera project. The video is intended for online playback only, and is unavailable as a download.
Loading Comments...
%d bloggers like this: